CBDCs and Economic Powers: Impact of a digital Yuan on the Euro

While a digital Yuan is meant to challenge the Dollar, it may pose a bigger threat to the Euro in the second spot. 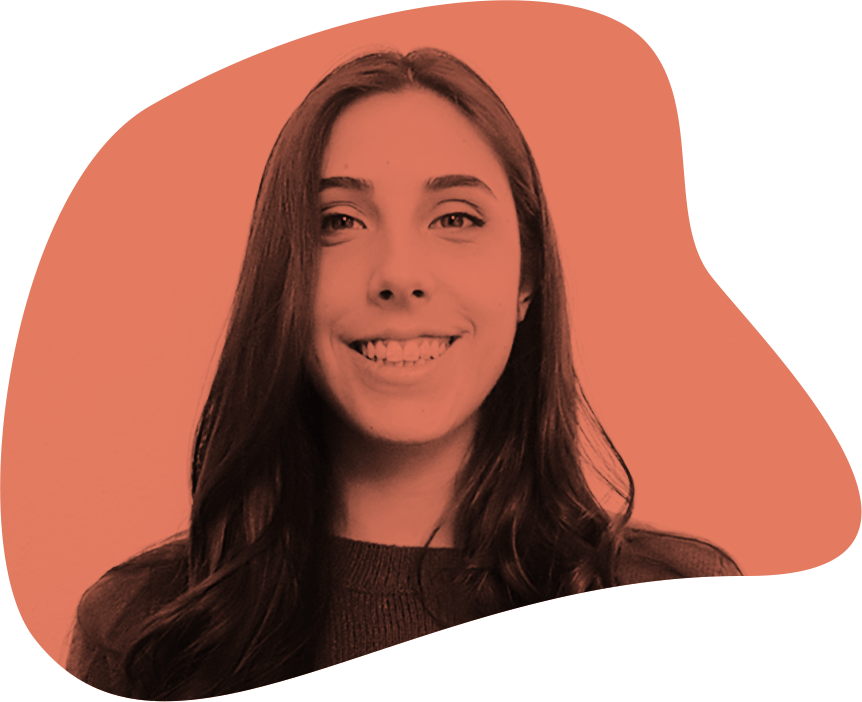 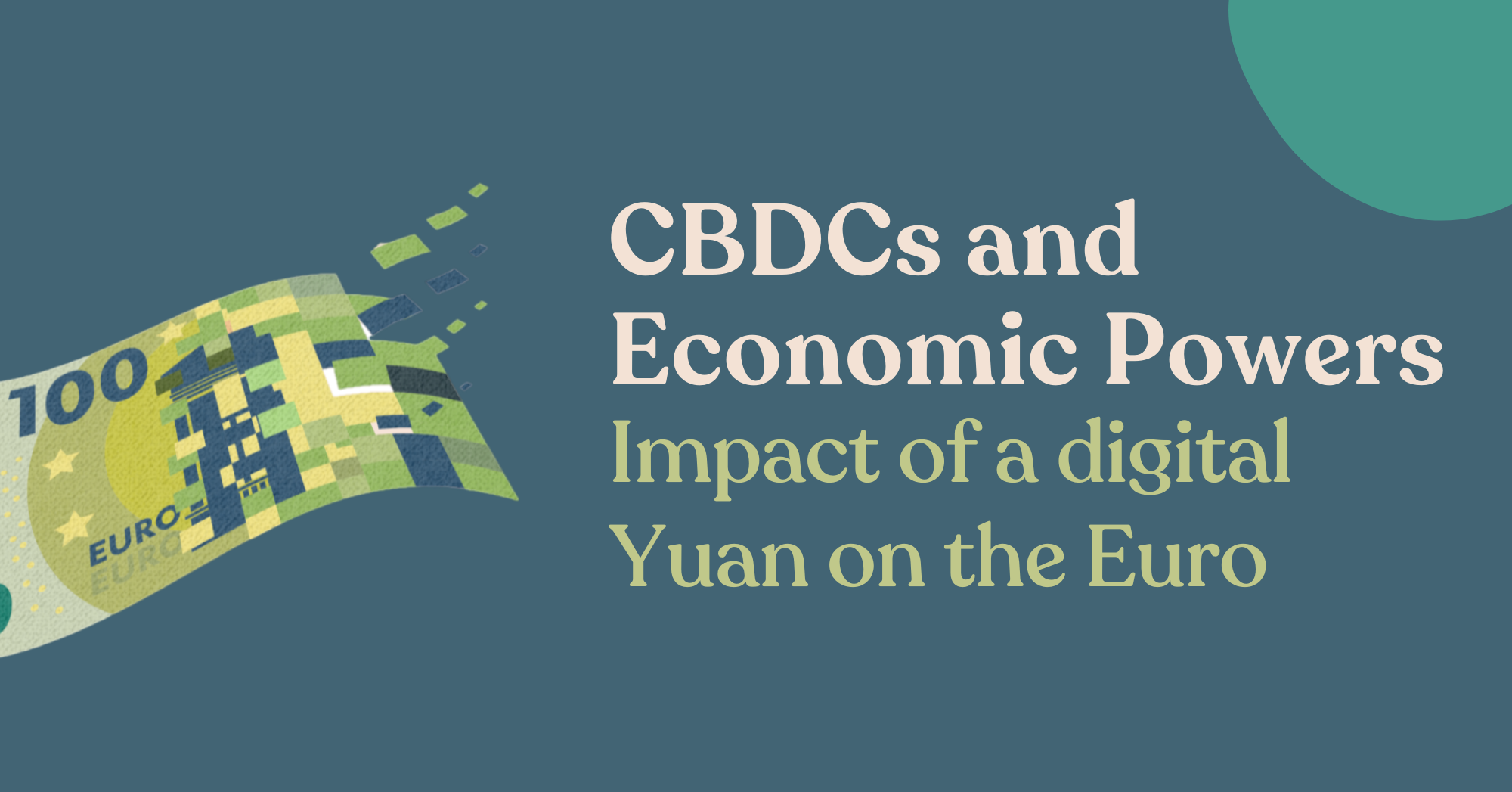 Download our full report, "CBDCs: Geopolitical Ramifications of a Major Digital Currency" for our full analysis.

The global power that controlling world trade brings means that countries have been vying for this position since the 1400s. While never out of the minds of world leaders, this struggle for dominance continues to make news and is increasingly tied to emerging tech circles.

Central Bank Digital Currencies or CBDCs have been the cause of this. This is increased by China preparing to launch its CBDC, the Digital Currency/Electronic Payments (DC/EP) far ahead of any other major economic power. But, in order to understand the shifting economic powers, it is important to understand what reserve currencies actually are and the current economic landscape.

Reserve currencies are foreign currencies held by national central banks or monetary authorities, globally-recognized, and usually used in global finance for trade. The US Dollar became the primary reserve currency following World War I, which was bolstered by the Bretton Woods Agreement in 1944.

According to the International Monetary Fund (IMF), in the Q1 of 2020, top allocated reserves are:

While the US Dollar is the most widely allocated currency globally, the Euro and the Chinese Yuan increased very rapidly in the last twenty years. ‘The euro has grown from slightly less than an 18% share of allocated reserves, when it was introduced into the financial markets in 1999’, according to Investopedia analysis, to 20.58% at the end of 2019. However, the Chinese Yuan has progressed the fastest. Morgan Stanley analysts predict that the Chinese Yuan might rise to between 5% and 10% by 2030.

What does it mean to hold reserve currency status?

Countries hold reserves for several reasons, mainly related to international payments and investments. Foreign transitions, monetary policies, and international trade are all impacted by foreign currencies reserves. Consequently, reserve currency status generally falls to the most developed countries with a strong and internationally relevant economy, a strong bank system, and a significant role in international commerce. This race for status is sometimes called a ‘test of strength’ between international powers and excludes developing countries from the outset.

The benefits of this status are different, but namely:

The way to de-dollarisation

While global trade remains highly closely watched, the US Dollar still dominates other currencies, making up over half of currencies held in reserve. However, many experts think the era of the Dollar may end, opening the doors to a new ‘currency war’.

As our latest report points out, there are some recent initiatives and enhancements that will change the current landscape of global trade, allowing some countries to emerge as a new economic power.

China is particularly invested in overthrowing the Dollar, and the exponential growth they’ve driven, paired with several plans to increase their global position, make them a serious threat. A CBDC is part of this plan to surpass the current Dollar-denominated system. The Chinese digital Yuan is designed in tandem with a system to foster blockchain technology adoption within the country and allow for more integrated payment methods.

Through these investments, China may gain international prominence as more international assets will be held in Yuan, leading to an important escalation in China-US tensions. Many other nations are also involved in this political and economic battle (such as Russia) to overcome the dollar hegemony, increasing its impact in the coming years.

However, even with several initiatives to launch the position of the Yuan, it is unlikely that it will be able to unseat the Dollar, especially in the coming decade.

As the second widest held reserve currency in the world, the Euro will certainly be affected by any major changes in the economic landscape. The fallout of the continued struggle between the US and China and the launch of a digital Yuan could have greater impact on the Euro, in fact, if digitisations allows the Yuan to rise to the second position. Moreover, global trade is moving toward a mass digitisation, putting digital currencies in a position to benefit.

So, what is the position of the Euro?

Many central banks around the world are exploring the possibility of a CBDC. China is among the furthest along in the adoption of a digital currency.

This, plus the increasing prominence of private stablecoins, like the proposed Libra, threaten the Euro’s position in the future international trade. According to Philipp Sandner, Professor and Head of the Frankfurt School Blockchain Center, political implications are also involved. As he stated:

The digital Yuan and Libra ‘are governed from outside the Euro Area, such that these parties set the rules. In the case of high market shares, these Non-Euro Area payment systems would increase in importance. Hence, it is time for the ECB to react with an own digital payment system in the form of the digital Euro to decrease the independence on Non-European payment systems.’

While the goals of a digital Euro have not yet been defined, there are several potential roles it could take. First is for it to preserve the European currency’s role as the second strongest power in the world. But, as Sandner continued, to do that, the EU needs to develop a digital Euro based on European values.

Additionally, given that China will launch a digital currency far before the European Central Bank (ECB), the Euro could be threatened by a new and more digitally capable currency. But, this is both a pro and con for the Euro. While a Chinese digital currency could endanger the Euro’s prominence in global markets, it can also serve as a blueprint. As Gregory Klumov, CEO of STASIS, pointed out:

‘Since the digital Yuan is already in the pilot stage already, European central banks can observe its performance and take possible mistakes into account when designing its own European CBDC’.

Therefore, even while the ECB is later than several other central banks to develop a digital currency, as long as development does not fall too far behind everyone else, the Eurozone has the opportunity to keep up with the digitisation of our economy.

As digitisation proceeds, the launch of a digital currency has the potential to completely change the current world of international trade and the global balance of economic powers. While our lives demand more digitally capable currencies, the transition period will also come with a shuffling of economic powers. All players are aware of this, although some have been more proactive in taking a stance to secure their position.