Known for workers' rights and democratic systems, the EU has work to do to extend these protections to transnational remote workers at the same level. 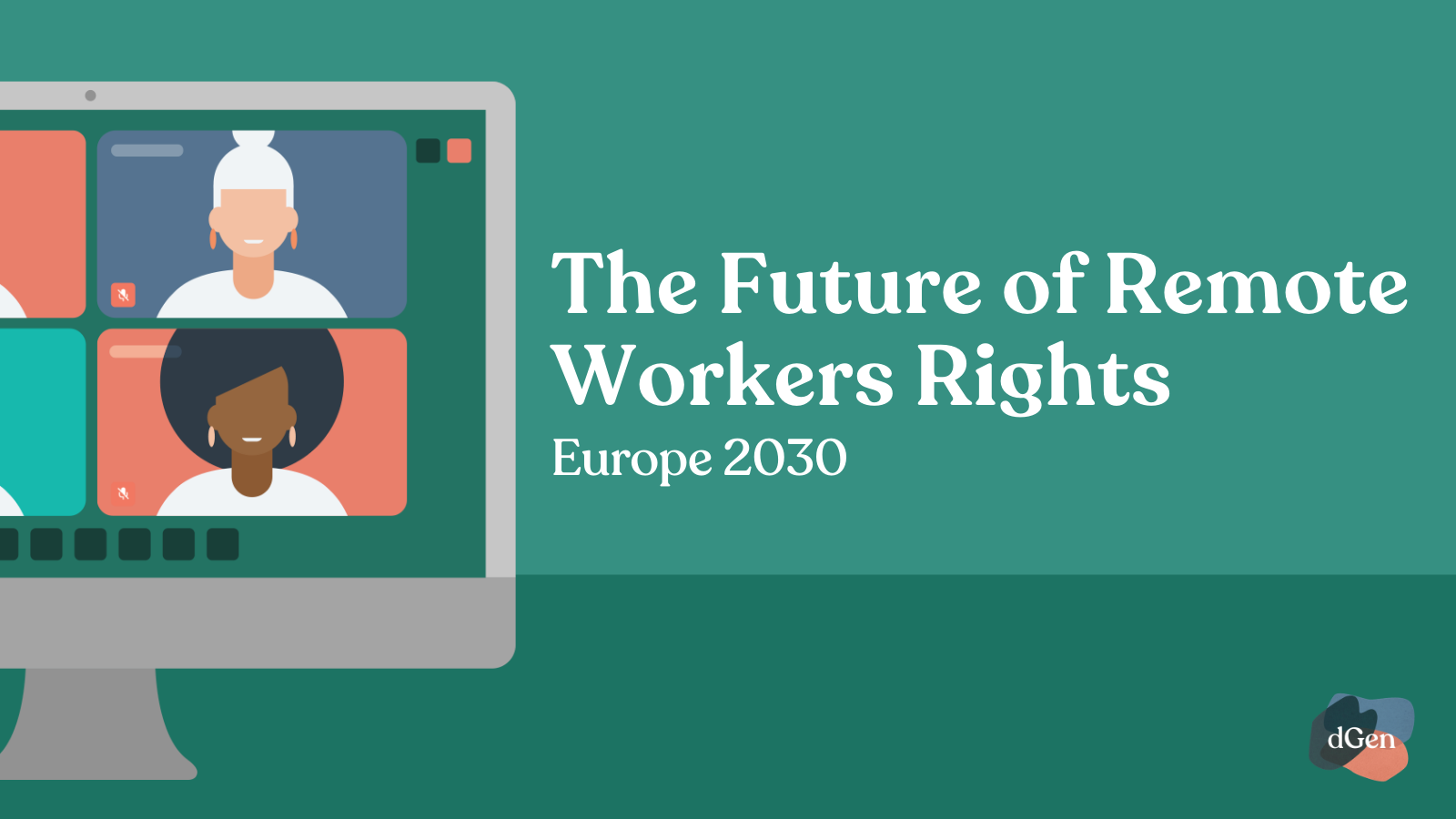 The EU was designed as an integration project to ensure democracy and human rights protection. This was cemented through the 19th and 20th century, with progress leading to widespread democracy and long-lasting social systems. Now, these are core values behind much of Europe. Although there are still instances of dictatorships, communism, poverty, and human rights breaches, higher life standards have largely prevailed, making the lives of Europeans more a standard in human and workers’ rights.

In addition to a commitment to human rights, the EU also promises ‘freedom of movement’, enabling citizens with greater opportunities and choice. Although European citizens can reach almost every corner of the continent simply by carrying their identity card, some barriers still limit this freedom.

Particularly, remote work, although known for its greater flexibility and choice in location, is impacted by this. The majority of social and political systems are administered at a national level.

So, what happens to social benefits, rights, and political participation for pan-European remote workers?

A national approach still affects many areas regarding workers’ social benefits, such as pensions, taxes, and health insurance. Even if we live in a greater integrated area compared to other regions of the world, governmental systems remain designed for place-based work. A shift to greater reliance on remote work, as accelerated by the global pandemic, is already forcing European countries and companies to rethink strategies on these topics. Remote work progress will need a new level of integration.

Multinational companies have fewer problems with these issues, as they usually have multiple registered offices spread across different countries. Therefore, workers can relocate easily, as long as the corporation has an office in their desired location. However, problems arise from smaller companies, who often cannot afford to have multiple locations, or when the remote worker wants to move in a country without a branch. This impacts both companies and remote workers.

The European Union, to protect its role as "guarantor" of workers’ rights, should increase and harmonise remote work policies and benefits. Over the next decade, we will see a growth in the number of companies with remote teams, which means the necessity of new regulations and a more integrated legislation system is more pressing than ever. While it is hard to accomplish globally, the EU is uniquely positioned for this.

With targeted enhancements, Europe could continue to lead workers’ rights and enable a more decentralised, but equally fair, working environment. All of this will improve opportunities both for workers and companies, with further possibilities to strengthen the economy.

To avoid the fragmentation of public administrations in the EU, a digital and integrated administration system at the governmental level is necessary. The first step is to manage taxation and payroll digitally, and prevent issues in paying taxes and loss of workers' protections or double taxation. Better remote working conditions will then make cash flows more efficient and secure for both businesses and individuals.

Although the EU already implemented a European Health Insurance Card, it covers only emergency health services and is time-limited. Moreover, international remote workers still have to pay higher premiums to cover their own health insurance. We should expand partnerships between providers in the various European countries to allow both individuals and companies to contribute from their resident countries for full healthcare access.

Pension plans have been a growing crisis for decades. This is due to common minimum contribution periods in some countries. Therefore, if someone splits their career over multiple EU countries, they could  miss out on the current national pension systems. Providing the option to choose from either a national or pan-European pension plan would help to mitigate some of these issues. European financial institutions also need to evolve to offer more and better pension funds across Europe, enabling people to plan for their retirement more efficiently.

Europe is known for strong workers’ rights. They vary from country-to-country, but basically protect employees from being fired instantaneously or without adequate cause. These rules limit discrimination and ensure support for employees. On the contrary, remote workers located in different countries from their employers often have far fewer protections.

For instance, if someone lived in Portugal, but worked remotely for a company in Spain, they are not guaranteed the full rights of either country. Although the European Parliament has passed minimal labour protections for gig economy employees, these protections are still far less than standard workers receive.

Both the gig economy and greater reliance on remote work push the harmonisation of workers’ rights to the forefront. With improved mobility, the continent also needs to ensure that protections move with these employees.This is more pressing now, as technology is enabling more international workers in Europe. They must not be cut out of essential protections.

Political participation and rights are two faces of the same coin. These issues affect  people who move abroad, in another region of the same country, as well as workers of a company based elsewhere.

If a significant percentage of Europe’s workforce goes remote, then voting will become a battle between residency and citizenship.

Without citizenship, a lengthy process, voting rights are rarely granted, even if residency means that these elections will have the greatest impact on an individual. These issues cut the person out of the democratic process of the place they live.

While remote working may put pressure on obstacles to political participation, it will likely not completely remove barriers to vote in most nations. That being said, it might lower those barriers in the EU, giving EU citizens greater possibility to vote for national elections of their residence country.

However, home country elections could impact employees living abroad as well. As 3% of Europeans live and work in a country where they do not have citizenship, this is already an issue across our region. With an increasing number of remote workers we will hopefully start to see countries rethink their voting policies. Some EU members have already opened up voting rights, adding foreign nationals from EU member states rights.

2020 will be remembered as the year of remote work. While some sectors have flourished, others faced many challenges. The global pandemic stressed several issues related to remote worker’s rights and conditions, revealing that our current systems are designed only with traditional workers in mind. With more harmonisation of social policies, the EU could lead progress, and make remote working a common policy in the region, bringing with it the full rights and benefits that place-based workers have.