What can blockchain communities — and DAOs — teach democracies about governance? 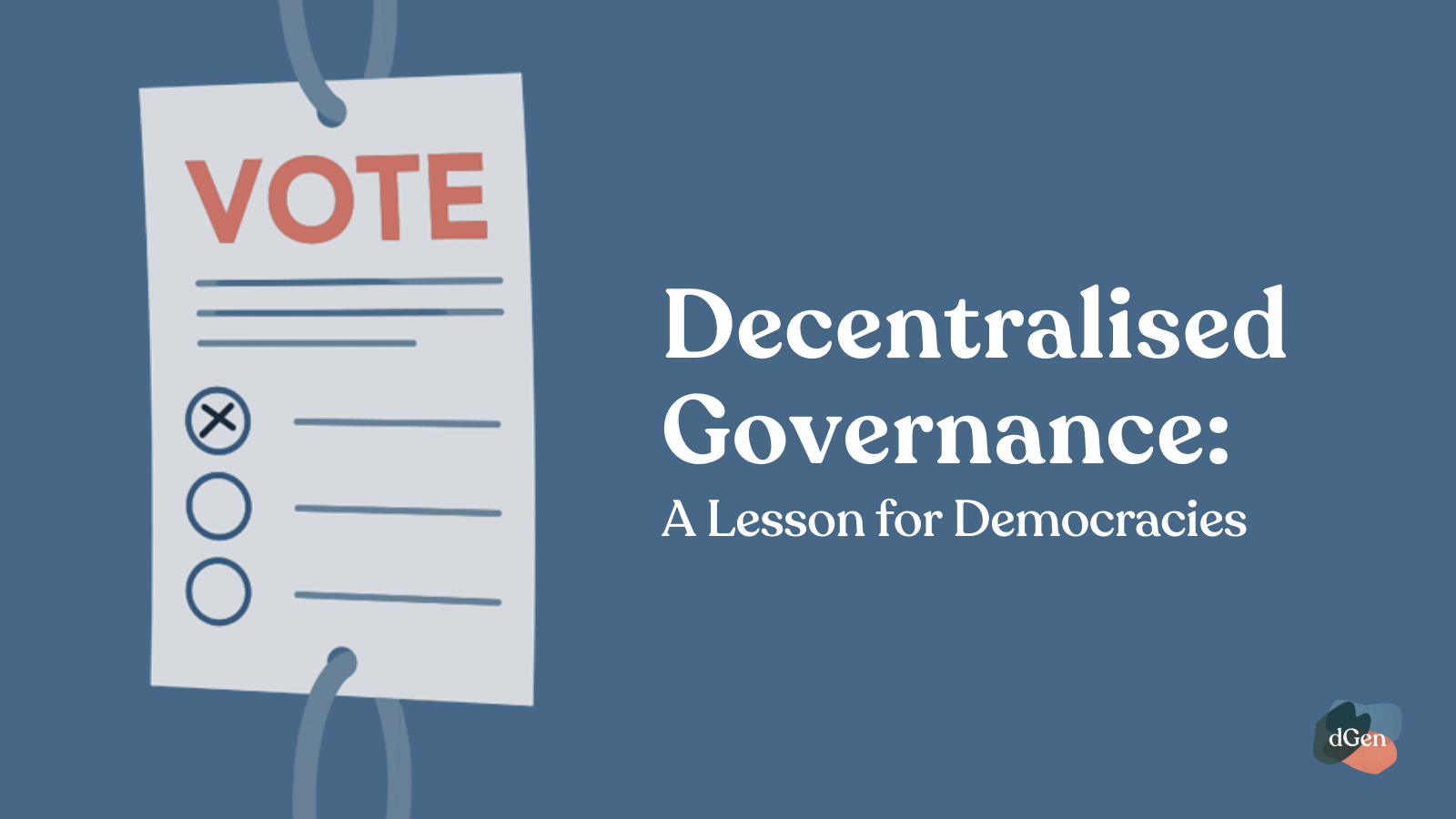 Tomorrow, the next president of the United States will be decided. But, this election is expected to be a difficult battle, and recounts could push the count well past election day.

With Covid-19 ravaging the US, an unprecedented number of mail-in ballots were cast. But, while President Trump’s claims that:

‘Mail-in ballots are very dangerous - there’s tremendous fraud involved’, the only fraud that has significantly been proved is on the side of the government.

Yes, casting a ballot outside of the controlled environment of a polling station means that you can’t be completely assured of the process - that it was the person who cast it, that there was not coercion, etc. But, mail-in ballots have a much higher chance of being thrown out due to being incorrectly filled out.

Only 18 out of 50 states have “vote curing” - or correction - for incorrectly filled out mail-in ballots. In the other 32 states, voters are not even notified if their ballot is not counted.

In the coming election, it is predicted that as much as 7% of mail-in ballots will be randomly thrown out. This is enough to swing the election. In an election that is already highly contested, and more than ever split not only between two candidates, but between two parties, this is a massive issue. So, no, there is no evidence of mass voter fraud from mail-in ballots on the side of the voters.

But if throwing out 7% of the vote is not voter fraud, it’s at the very least deeply concerning, and a problem we need to address immediately.

And, yes, as anyone with limited familiarity with how blockchain functions will point out that voting via blockchain would leave a completely immutable and auditable trail. Any citizen could sit there and count the votes for themself, and, under certain designs, even find their own vote, to make sure that it is counted as it was cast.

However, this level of transparency comes with its own set of issues, from the potential to de-anonymise votes to corrupting elections — as how would seeing the results of an election in real-time impact later voters?

But, even if this is an urgently needed step, to ensure that as many ballots as possible are counted, this is potentially the least interesting use of blockchain for our democracies. As Martijn Bolt, Blockchain Implementation Specialist, told us:

‘The reasons why blockchain exists, governance, is neglected’.

Conversations within blockchain spaces still focus on this issue deeply - far more than many other communities. This has led to the rise of Decentralised Autonomous Organisations - an entirely new, non-hierarchical governance model.

DAOs use smart contracts - or bits of code - secured on a blockchain to create an autonomous governance structure. According to Eylon Aviv, Partnerships & Buiderco.org Project Lead at DAOstack:

‘The decentralisation aspect adds a trust layer, you know that these are the rules of the system, and the only way to change them is by a wide collaboration of everyone involved, unlike centralised systems which at any moment can change their mode of operation’.

The fact that power is not centralised into the hands of one, or even a few, elected representatives means that all participants can weigh in on the rules. In fact, only one or a few could not change the rules alone - hence the trust that Aviv references.

With a DAO, there is no need for a president. In fact, DAOs operate better under more decentralisation, so centralising that much power to only one person actually degrades the utility.

Now, that doesn’t necessarily mean that we can chuck the entire government for a DAO. Voter turnout is already dismally low, and, if every citizen was forced to vote on boring issues, like how much to spend repairing the roads, you can imagine how well that would go.

So, how could DAOs actually be applied to our governments?

Because the idea is interesting. And, even if it’s not possible to use it at the national level. Could this voting option be integrated for smaller communities, like villages, or even small urban neighborhoods to avoid electing representatives and missing out on the input of everyone?

Further, our current legislative bodies are often highly ruled by political parties. But, this can cause great problems. In the US, for example, the House of Representatives is controlled by a member of the majority party, a position which has been politicised at various times to privilege the majority party.

DAOs present the opportunity to remove ruling party positions from our legislative houses. Given their purpose to ‘reduce human contribution[...] replacing the hierarchical and centralised schemes’, a DAO for legislative bodies could radically change how they function, and reduce reliance on political parties. For decades, if not centuries, it has been recognised that ‘[d]espite all the weaknesses of parties[...] one thing remains certain: without parties, democracy cannot function’.

But not according to blockchain communities. They have been finding ways to participate, govern, and function without a leader or widespread alliances for years. And, these systems are only getting better.

So, as decentralised governance schemes continue to develop and evolve, I hope to see our governments taking note. It’s not enough to keep going as we are, with highly polarised governments and the centralisation of power into political parties and the positions of a few.