With the currency wars raging on, how will the Eurozone fare? And how will a digital Euro impact this? 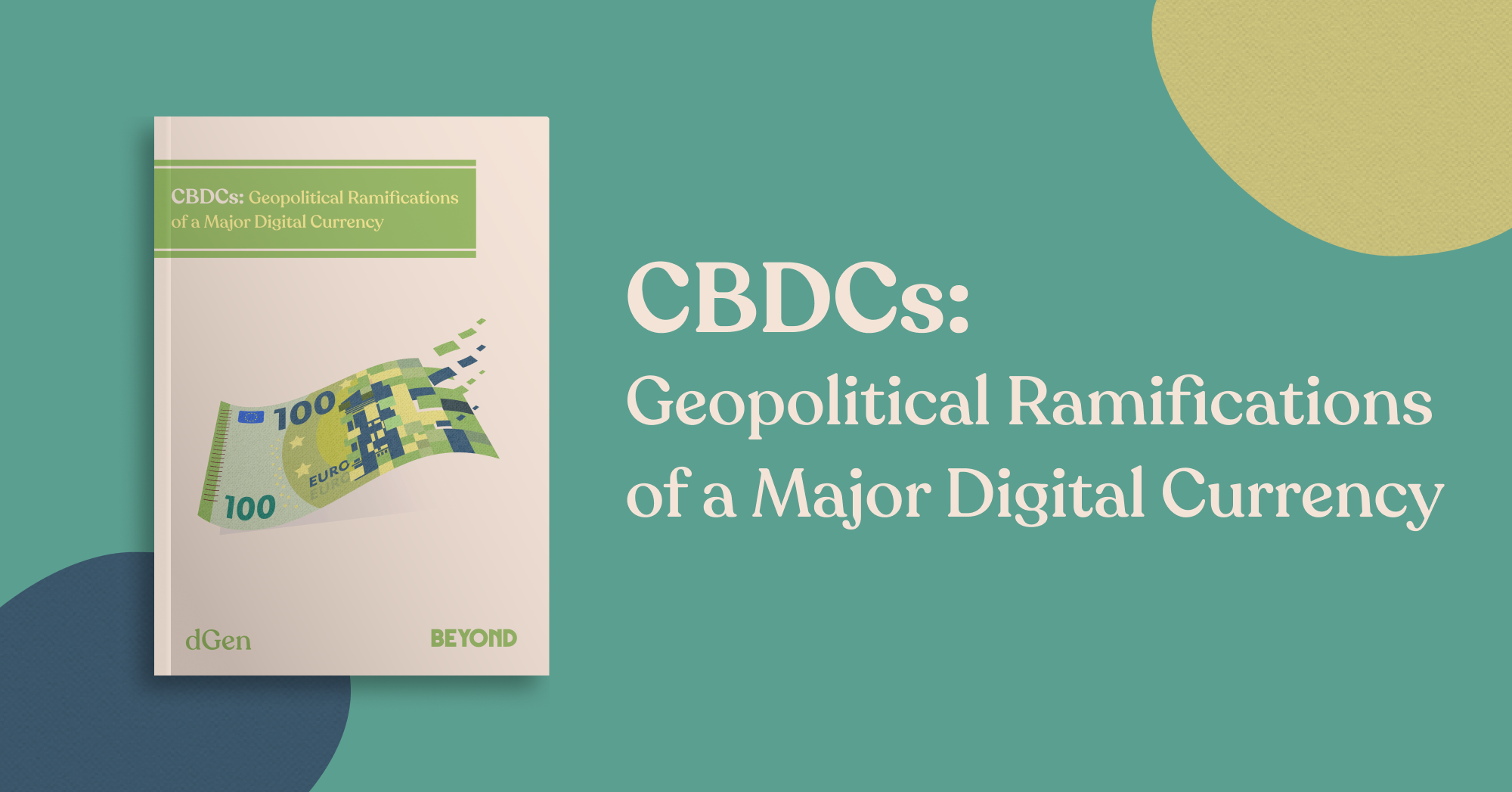 To get our full analysis of the geopolitical ramifications of a digital Euro, download the report.

On the coattails of China’s quiet, but overwhelmed launch of a crypto wallet, we’ve released our second CBDC report, “CBDCs: Geopolitical Ramifications of a Major Digital Currency”.

China is miles ahead of any other major economy to the launch of its digital Yuan, or Digital Currency/Electronic Payments (DC/EP). But, it’s hard to know exactly how big the impact of such a launch will be.

The Bahamas Sand Dollar, which has been in testing since earlier this year, made it clear that to really make waves, a digital currency will have to come from a major economic power house.

However, with the three most powerful economies, the US, the Eurozone, and China, now at least researching a digital currency, what effect will these have on global markets?

Clearly, China has put some eggs in this basket in their bid to unseat the Dollar. However, even with the political unrest in the US and China’s current hold on trade, few believe a digital Yuan will unseat the Dollar, at least easily.

According to Max Foster, Co-Founder of CashOnLedger, ‘money will become competitive, hence staying ahead of the curve becomes crucial’. The Euro and Dollar have not quite felt that heat yet. But, the successful launch of either a digital Yuan or a stablecoin backed by a major corporation, like Facebook, could change that.

These initiatives have already been fundamental in pressuring these two superpowers to explore a digital Dollar and a digital Euro. But Philipp Sandner, Professor and Head of Frankfurt School Blockchain Center, feels that:

‘the ECB’s reaction has been too slow. [...]Given Libra and the DC/EP, the ECB has to react quickly to keep its geopolitical position’.

Based on our analysis of the current economic landscape, we predict that:

With more innovations into the digital economy, the launch of a digital Euro will be increasingly important. Our payment systems will have to keep up to retain the integration of European businesses and relevance of the Euro.

And, looking inward, a European CBDC appears to be an ever-necessary intervention.  The Eurozone needs to reunite the shared goals of the member states. Part of this is keeping pace with the desires of countries looking into the innovation of a European CBDC already.

With the imminent release of a digital Yuan, we look at how the landscape of payments may look. The Eurozone cannot sit idly by, and expect to remain a major economic force.

Download the full report to get a complete analysis of the current economic system as we transition to a digital system.