Made in Italy: Safeguarding Artisans from Counterfeiters

Italy is at the centre of luxury fashion, but this heritage is threatened by counterfeiting. How can technology make a difference? 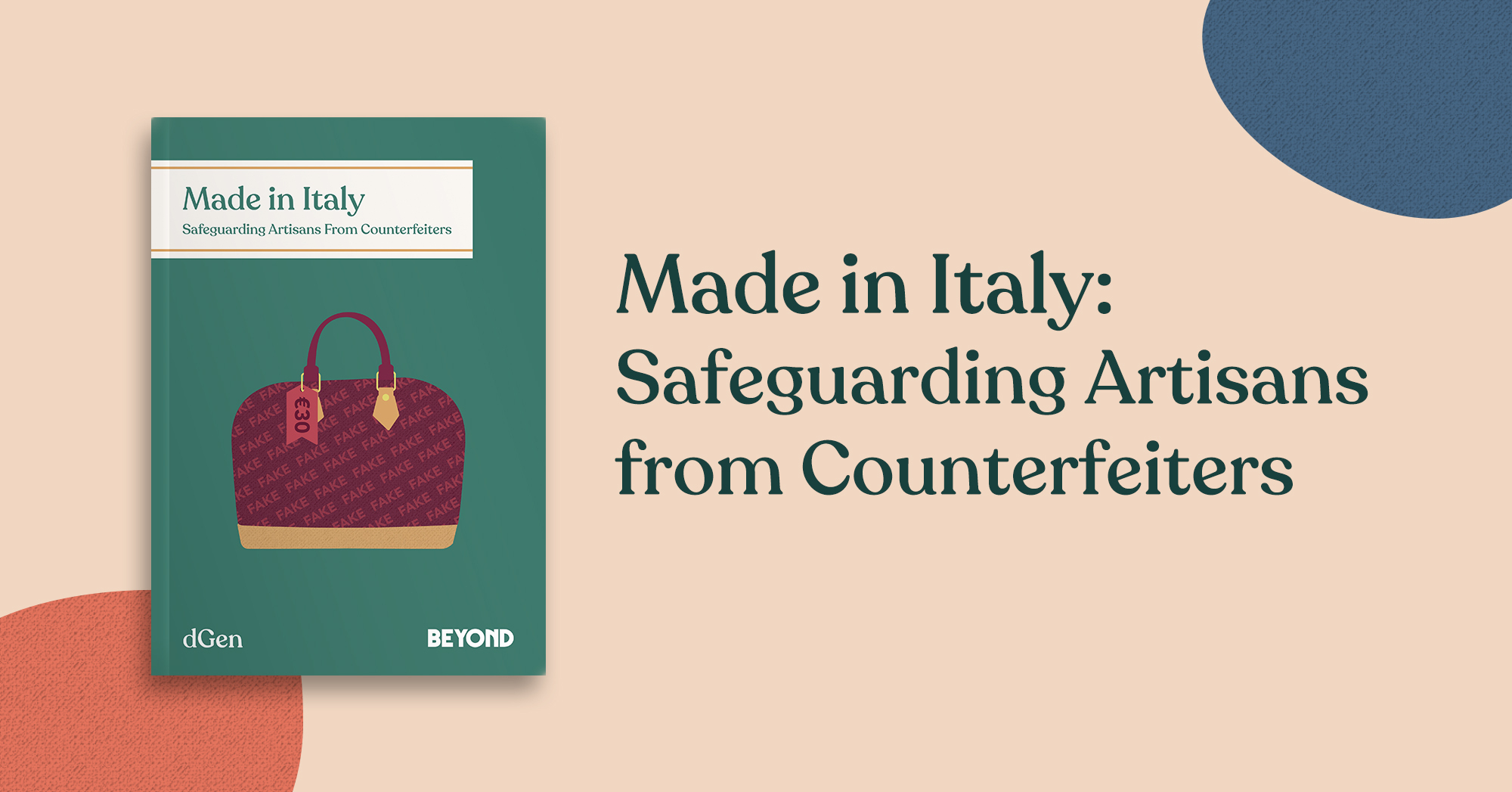 Download our latest report, Made in Italy: Safeguarding Artisans from Counterfeiters, to read our full analysis of blockchain solutions to counterfeiting. And, if you have questions or comments, feel free to get in touch at hq@dgen.org, or if you are interested in partnering on a future report, at partners@dgen.org.

Technology is often placed in opposition to tradition. And, in an era of “disruptive technologies”, seen as the end of many long standing industries. However, it can also be supportive, transformative or evolutionary — it doesn’t have to replace what we already have.

Our latest dGen report, Made in Italy: Safeguarding Artisans from Counterfeiters, looks at just that. How blockchain technology can not only improve, but protect centuries-old industries and economies in the heart of Europe.

Especially at this time, in the midst of the Covid-19 pandemic, Italy has been at the forefront of many people’s minds. Our hearts go out to all of those impacted by this crisis.

Northern Italy caught our eye, as it has many others, though, before this for its longstanding position at the centre of luxury fashion. This report was written with an eye to the importance of the artisans as the backbone of the Made in Italy label, and their importance in the development of the current fashion industry at large.

The economic impact of this sector cannot be ignored. If Made in Italy were registered as a brand, it would be the third largest globally, behind only Coca-Cola and Visa. However, the future of this label is threatened by ever increasing levels of counterfeiting and declining numbers of artisans. As Nicolas Romero, CEO and Co-Founder of Satoshi Studio, told us:

Counterfeiting is estimated to have resulted in the loss of 88,000 jobs, or just over 2% of full-time employees in Italy alone. And while this is a significant issue at the best of times, now, with a potential economic crisis, protecting these jobs is an acute problem that governments and business owners are all too aware of. Revamping solutions to protect Italy’s fashion industry and fine craft solutions seems more poignant than ever.

Throughout the report, we evaluate many of the different methods and technologies currently being piloted or in full production. Jessi Baker provides one such service through the organisation she founded and heads as CEO, Provenance. According to her:

‘blockchain has a role to play in enabling products to come with authentic information’, although, as far as adoption for widespread use, she said that ‘it’s early days and that would very much be a long term bet’.

The technologies are there to support the industry into the future, though, and improve logistics around production and sales for all parties involved. Ultimately, this should help protect jobs and the economic output of the region, and enable traditional creation techniques to persevere into the coming decades.

From the whole team at dGen, we would like to thank all of our amazing contributors for their time and lending their expertise in the creation of this report.