Marc Zeller, long-time Ethereum enthusiast, weighed in on the future of DeFi and Aave, an opensource DeFi protocol.

We had the great opportunity to talk with Marc Zeller, Integrations Lead at Aave, and discuss how DeFi space is going to change in the coming years. Zeller has been involved in the Ethereum community since 2015 and co-founded the education non-profit, Ethereum France. At Aave, a decentralised, non-custodial money market protocol, his job is to make life easier for third party developers building on Aave.

He shared with us exciting news on Aave’s innovations and relevant considerations on the DeFi’s future.

1. What is Defi and Flash Loans?

Decentralised Finance (DeFi) is a stack of applications running on blockchain technologies — most on Ethereum. There are two different audiences approaching DeFi: lenders and borrowers. The first is the wider audience, appealing more to the general public. DeFi allows you to deposit value in the form of cryptographic tokens pegged to the USD to provide liquidity to DeFi protocols. For this, lenders are rewarded with an interest rate. The second audience includes individuals who borrow assets from the protocol to trade or bet on a price valuation increase.

‘You can know at any point on every mature platform how much money there is, who holds what — although you cannot directly identify users but you can identify the accounts. And, you know that if a platform is sustainable, if a platform does really have the funds they say they have. All these kinds of things, and also everybody has the same deal. So everything is open source, and the interest rates are the same’.

Further, users have full control of their money. Since these platforms are not controlled or managed by middlemen, there are no costs apart from those securing the Ethereum network. Transactions take place quickly and it’s possible to easily switch to another platform with a better deal.

Zeller outlined some of the top achievements that Aave has made in the latest period. Amongst many features, we found Flash Loans truly interesting: it’s a loan without any kind of collateral, in the framework of a single transaction. He provided us with a great example:

Through these features of DeFi apps, opportunities increase and open up financial services and products even to who is left out from the current financial system.

Plans to revamp the Ethereum platform has caused a great deal of stir in the space. This new and more scalable version of the platform will be based on a Proof of Stake (PoS) consensus mechanism, instead of a Proof of Work (PoW) model.

It will be one of the most significant changes in the blockchain industry, revolutionising the ‘crypto-economic incentive structure for validating the blockchain’ according to ConsenSys. Rather than giving block confirmation rights to those with the greatest computing performances, PoS assigns the validation rights based on ‘the proportionate value of the stake’ (Cointelegraph).

With this specific feature, PoS will help to overcome the scalability and accessibility issues of PoW blockchains. Two new components — validators and stake — will replace ‘miners & electricity’, the two fundamental ones of PoW. On Ethereum 2.0, validators don’t need specific hardware and, while running client software, they will be randomly selected to propose and attest to blocks on the Ethereum 2.0 blockchain. Validators who correctly propose and attest to blocks will receive a reward of ETH as a percentage of their stake’ (ConsenSys). Therefore, thanks to a lower presence of barriers to entry, PoS blockchains will likely lead to a more decentralised system.

Additionally, as stakers earn a reward, which is often viewed as an interest return, making Ethereum a PoS blockchain is expected to radically increase the DeFi sector.

3. What is Aave developing?

Since their launch, Aave has grown significantly, offering a range of DeFi services. But there is more; recently, Aave released the credit delegation, opening up the possibility to have uncharacterised loans to everyone. Thanks to the upcoming version of the protocol, users will be able to borrow assets without any collateral in the context of ‘fixed-term loans that are a bit longer than a single transaction’, so similar to a Flash Loan, but not limited to only one transaction.

According to Zeller, through this huge innovation, a transactor who is in need of liquidity and doesn’t ‘have enough capital to do another characterisation’, will have the possibility ‘to do a legal agreement with a third party’ who will take charge of the borrowing capacity.

The agreement means the third party will have access to more liquidity, but they must also pay a higher interest rate into Aave. Therefore, the transactor earns the supply interest rate and ‘the spread on the borrowing interest rate’. Aave’s partner for that is OpenLaw.

Since $1 billion out of $2 billion of the current DeFi market is in margin funding, this innovation will be a big change in the sector. As Zeller puts it:

‘The centraliser, what we call CeFi, decentralise the exchange, Binance, Kraken, or whatever, they make their real money. The way they make money is by lending some liquidity to margin traders who have a lot of difficulties finding liquidity. […] So we are going to have deals with some very big actors in the ecosystem’ that ‘will be able, within a legal agreement, to access some of the users. It will be a voluntary process, credit opportunities to actually access liquidity, at a much cheaper rate for them, but a much higher rate for the actual depositors’.

Lastly, due to the unsatisfactory mechanisms to mitigate risks related to bad docking, Aave is going to launch staking. Zeller explained to us that, although they ‘do a lot of due diligence before adding a new token to the platform’, lack of insurance is why they ‘don’t have major flows and arcs within the main protocols’. Therefore, through staking, Aave is going to put the risk ‘into the end of the LEND token holder’ allowing them to stake their LEND token and collect a greater portion of protocol fees.

4. How will the DeFi sector change?

Firstly, we will have massive development in the user experience. Within the DeFi sector, for example, Aave is already seeing that inexperienced users prefer to use ‘third party applications’ to take part lending. So, in five years, we will probably have many ‘third party applications’, with better and simpler user experiences. Moreover, 90% of the users will likely be ‘liquidity providers looking for a safe haven for their savings’ expects Zeller. They will focus on the financial opportunities of DeFi to earn in a ‘decentralised and safe way, but not through margin trading’.

Apart from new, simpler lending opportunities, many developers are focused on Layer 2 to obtain lower transaction fees. Having a ‘smaller version of the protocol’ on Layer 2 of Ethereum would allow small actors who aren’t operating at a level that makes the transaction fee nominal, to get into DeFi. This is vital because the fees used to pay the Italian miners to make the network safe, could become really expensive, especially if the interest rate drops, as many expect.

There are several existing projects developing more Layer 2 options, but according to Zeller, POA Network is the most interesting. At the moment, many DeFi developers are creating ‘twin applications’ — the same application that they have on Ethereum — on the POA Network to lower the transfer value.

Finally, another big change that will occur in the DeFi sector, is the establishment of a new kind of insurance. The current third party insurers, like Nexus Mutual, play a key role in the DeFi ecosystem but are ‘voluntary and paid processes’. This new version will be a free-of-charge process that will allow users to save their profits and be sure that, in the event of a critical failure, the money will be refunded. This big innovation is the way to attract new actors and improve DeFi space before mass adoption.

There are several exciting new features we might see over the next few years in the DeFi space. In addition to the future changes mentioned above, we might mention the credit delegation market that is going to foster DeFi’s growth and competitiveness. As well, synthetic assets will lead to wider tokenization and many tokens, that are not on Ethereum, will be brought into this platform, turning it into ‘a liquidity black hole’. Even if it will not happen with Ethereum, we are going to see major changes within DeFi. In all probability, in terms of locked assets, DeFi will reach a trillion-dollar market in the next 15 years. 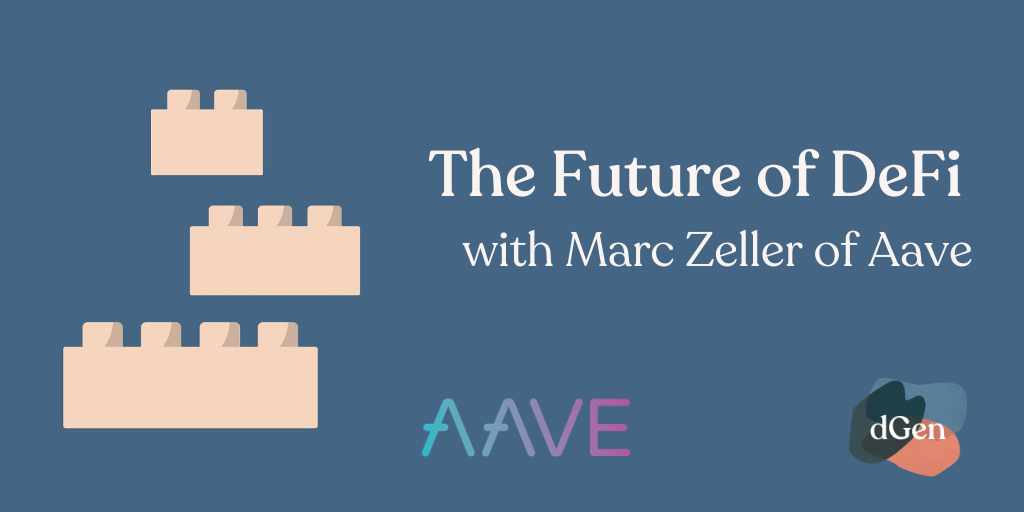 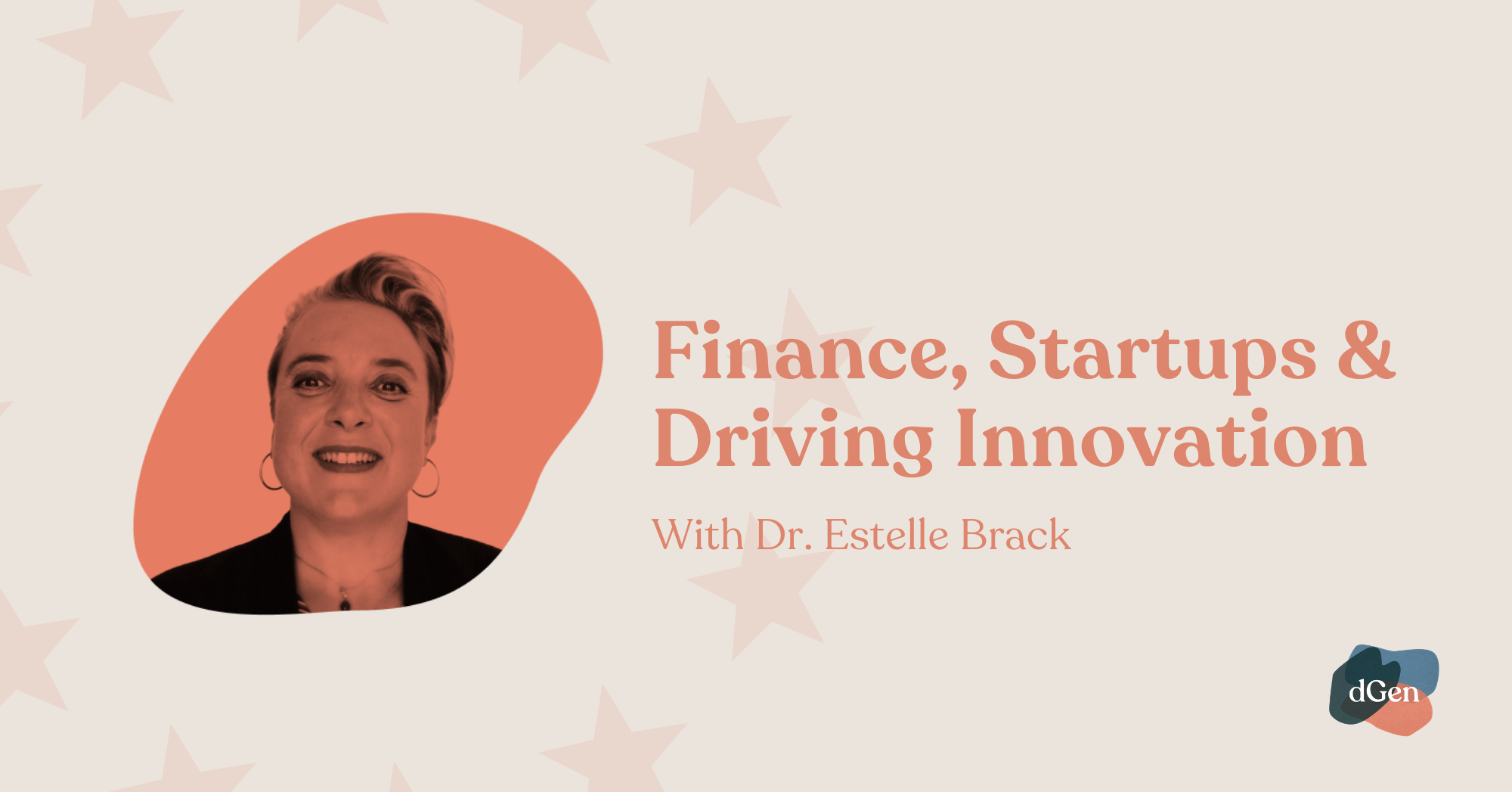 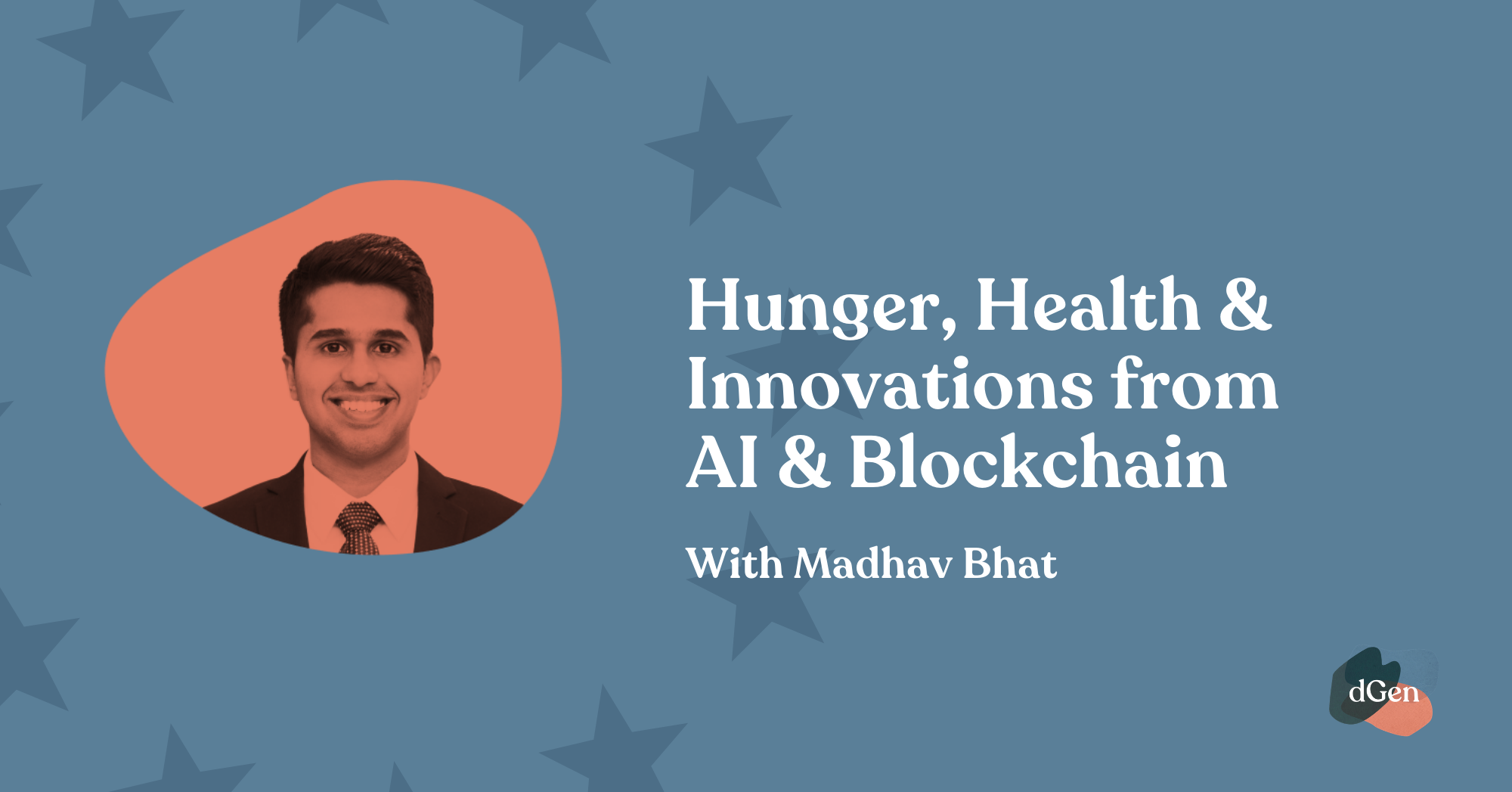 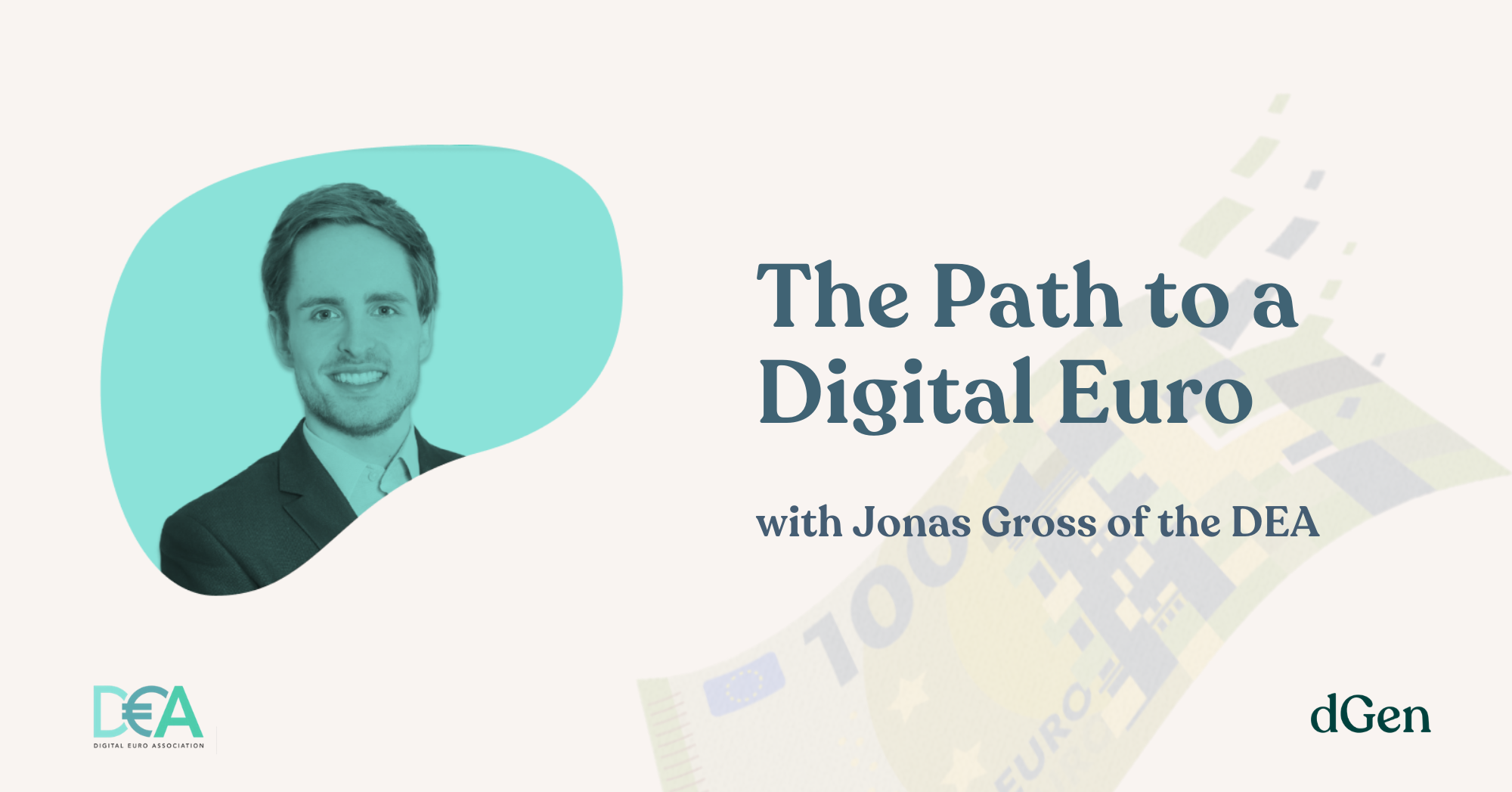